There are a ton of choices out there when it comes to American made quartz bangers. The more popular ones you may have chazzed at a weed club, or perhaps heard of in passing include Quave, Pukinbeagle, Evan Shore, and Fadespace just to name a few. But there are a lot of other extremely talented artists making their own quartz bangers, for a fraction of the price you might pay for a new Quave or PB. One such choice comes from a gentleman named Jacob Meuser. He goes by Jake_Mizer over on Instagram, and along with some super fresh glass art, he makes the Heatmizer, a uniquely shaped, American made quartz banger. 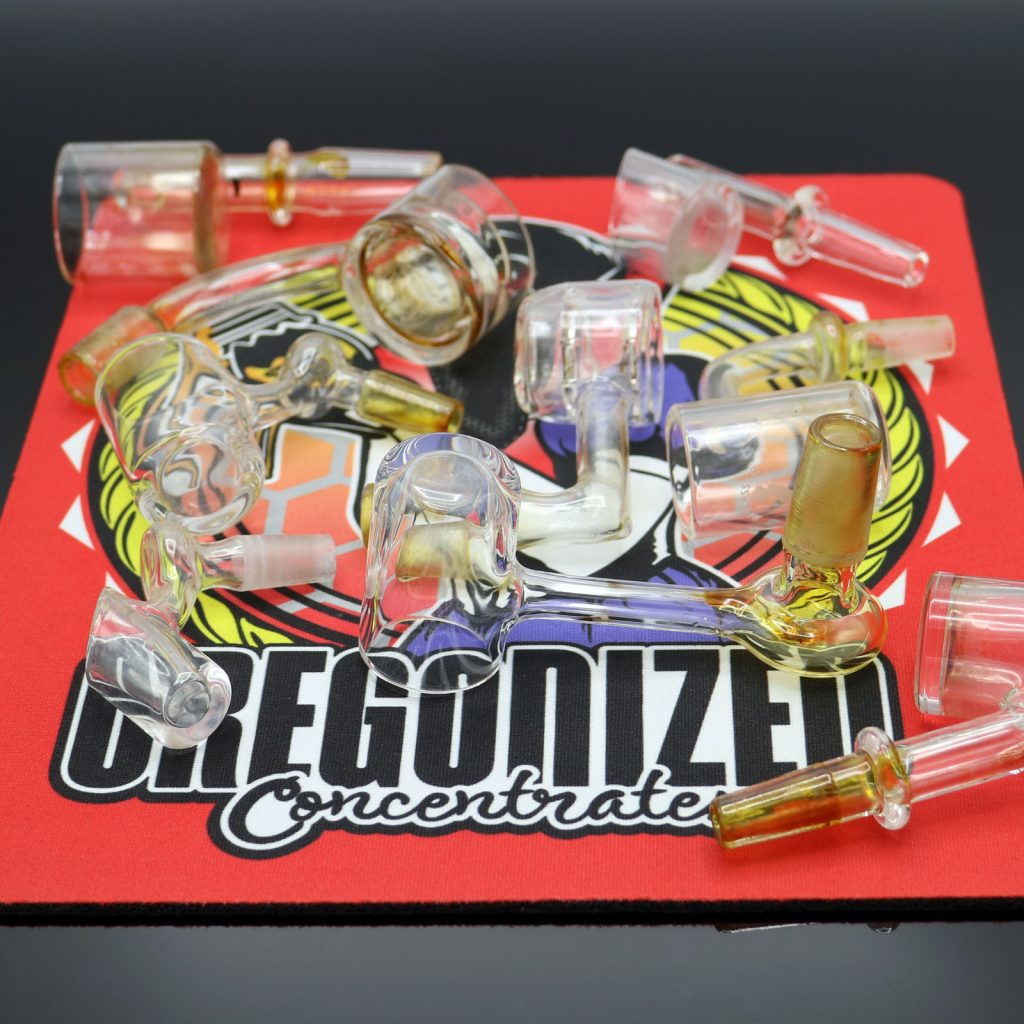 Once you’ve seen the Heatmizer quartz bangers, they become easily recognizable due to their unique shape. The bottoms are nice and thick and the welds are super clean. He’s usually down to do custom quartz bangers also, so if you have a rig that needs a special quartz bucket, definitely hit him up.

I did just that when I was looking for a quartz banger for my Suuze Rateliff X Mike Philpot collab. I usually use Jred Diamond Knots in my pieces, but the way the rig is shaped, it calls for something that brings the heat a little further away from the face. Plus, with everyone on the diamond craze, I figured it was time to get back into bangers. Diamonds are a bit awkward to dab off of a Diamond Knot. They are perfect for everything except gram dabs and diamonds. 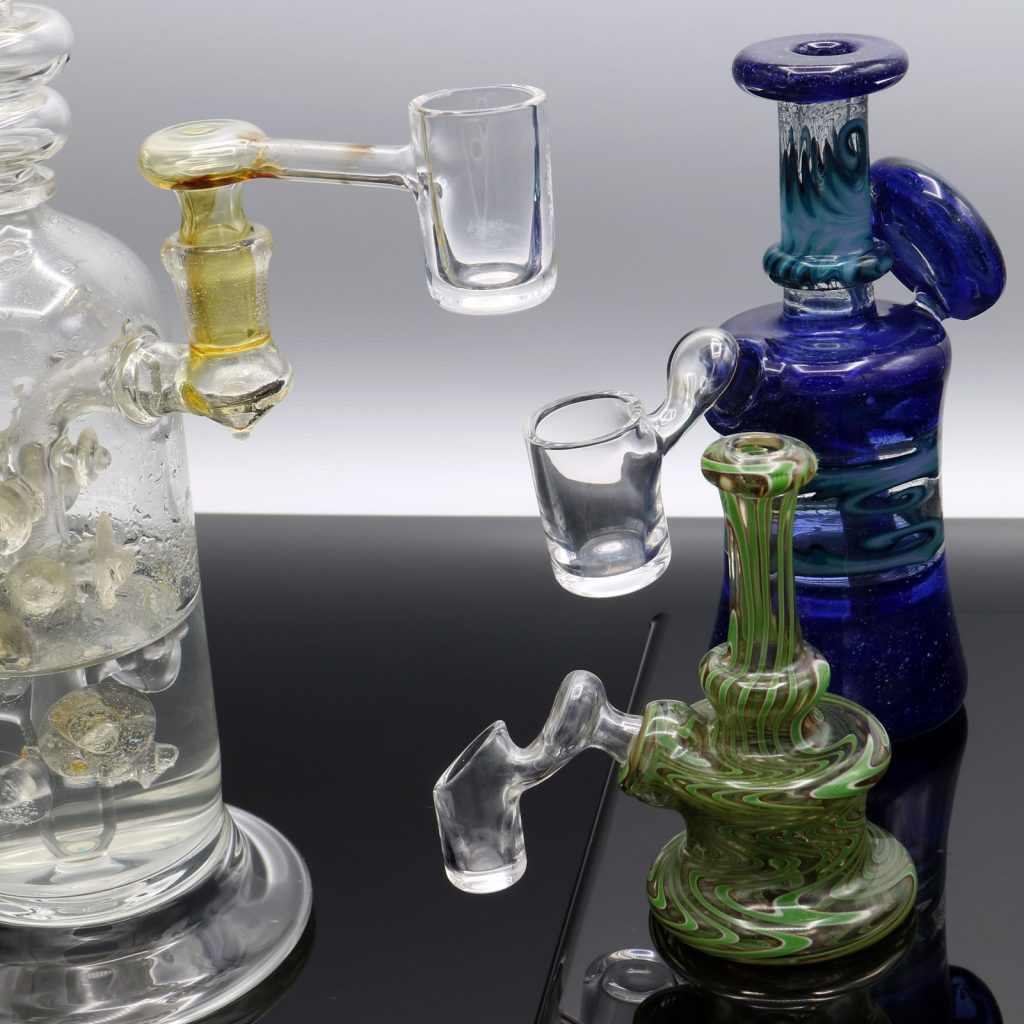 I got to talking with Jacob Meuser about making quartz. He’s been working seriously in the glass trade since 2006. When I asked him how long he had been working with quartz, and how it compared to working with glass, he replied, “I’ve been working with quartz for about four years. I like to say that quartz is glass. There are differences though. Bloom from quartz is the biggest issue. Bloom happens when the quartz gets heated above its working temperature range. This happens regularly because the working temperature range of quartz is fairly narrow, while the quartz has to be heated more than other glasses to make it workable. Ultimately, quartz work takes a bit more patience and focus than boro. Because of that, I feel that working quartz has improved my boro skills.”

I asked if the bloom was the chazzing effect we see in quartz bangers. He replied, “No, that’s not bloom. I think people call that devitrification, but i’m not sure if that is the correct term.” Jacob went on to say that he isn’t quite sure of the mechanism, but enough heating of any type of glass while it is dirty can cause it to haze. 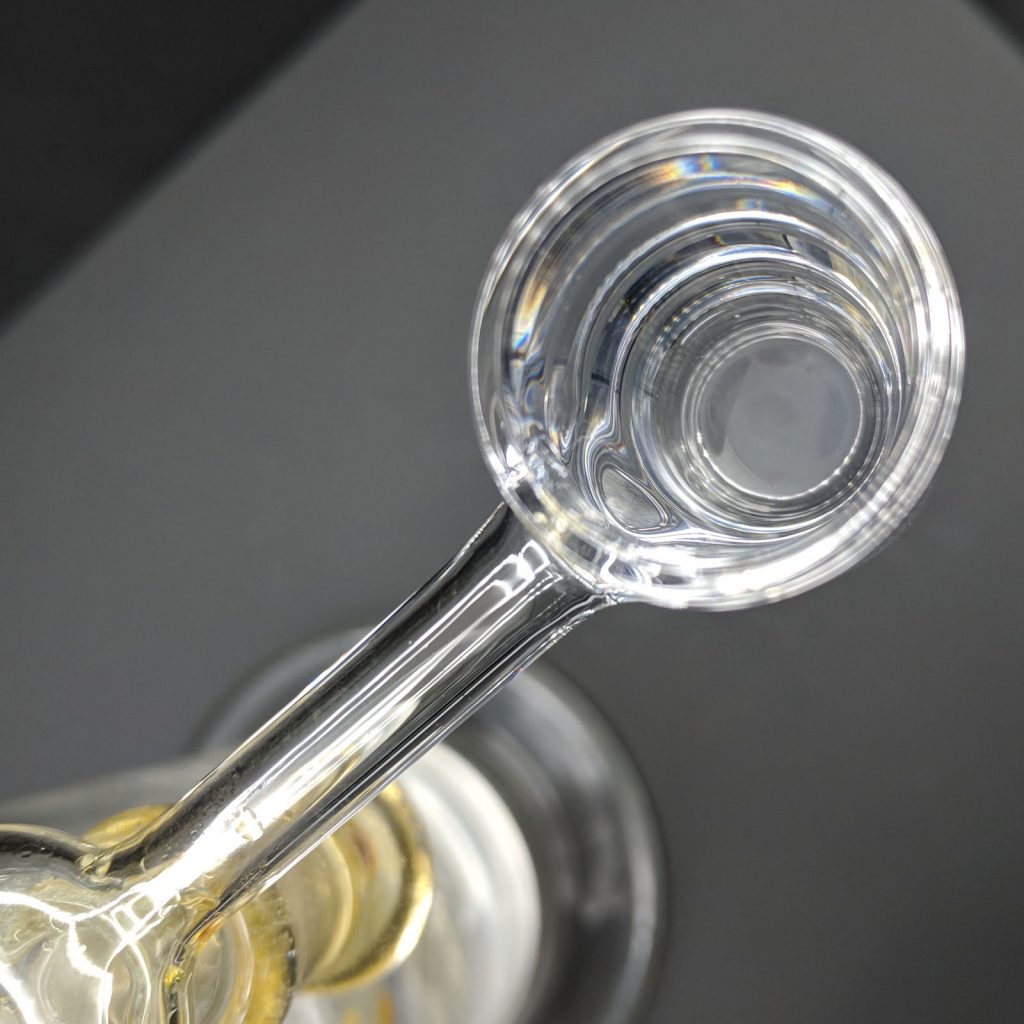 I also think it’s interesting to note this little known fact about the Heatmizer. Jacob says, “The buckets are formed in the flame from a single piece of tubing. That’s not a plate or disk welded on the bottom. Also notice how the sidewalls are butted near the bottom. That’s made on 2.5mm thick tubing but already half way down it is thickened to 3mm. The sidewalls are 5mm thick at the bottom, which matches the thickness of the base. This gathering technique creates a rounded internal edge where the sidewalls and base meet, for easy cleaning.” 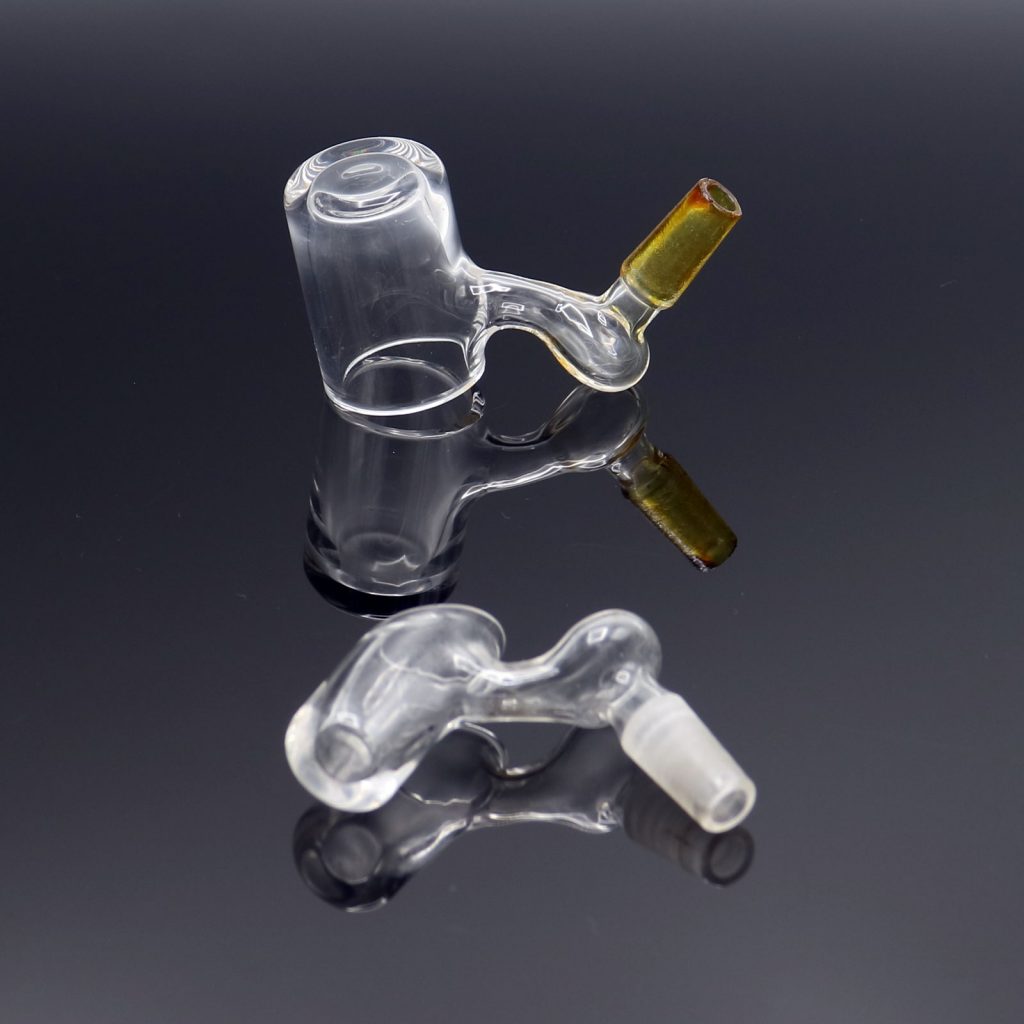 How do you use the Heatmizer Quartz Bucket?

I like to get my Mizer Quartz nice and hot, then give it about a minute and a half to a minute and 45 seconds depending on how hot I actually got the nail, and how low temp I want to dab at. It really varies. Sometimes I wait two minutes flat and still get a fantastic hit. Some people like to start out with their dab inside of the bucket, then heat it up gently until the desired temperature is reached. This is a good technique if you don’t want to heat stress, or cause premature devitrification. 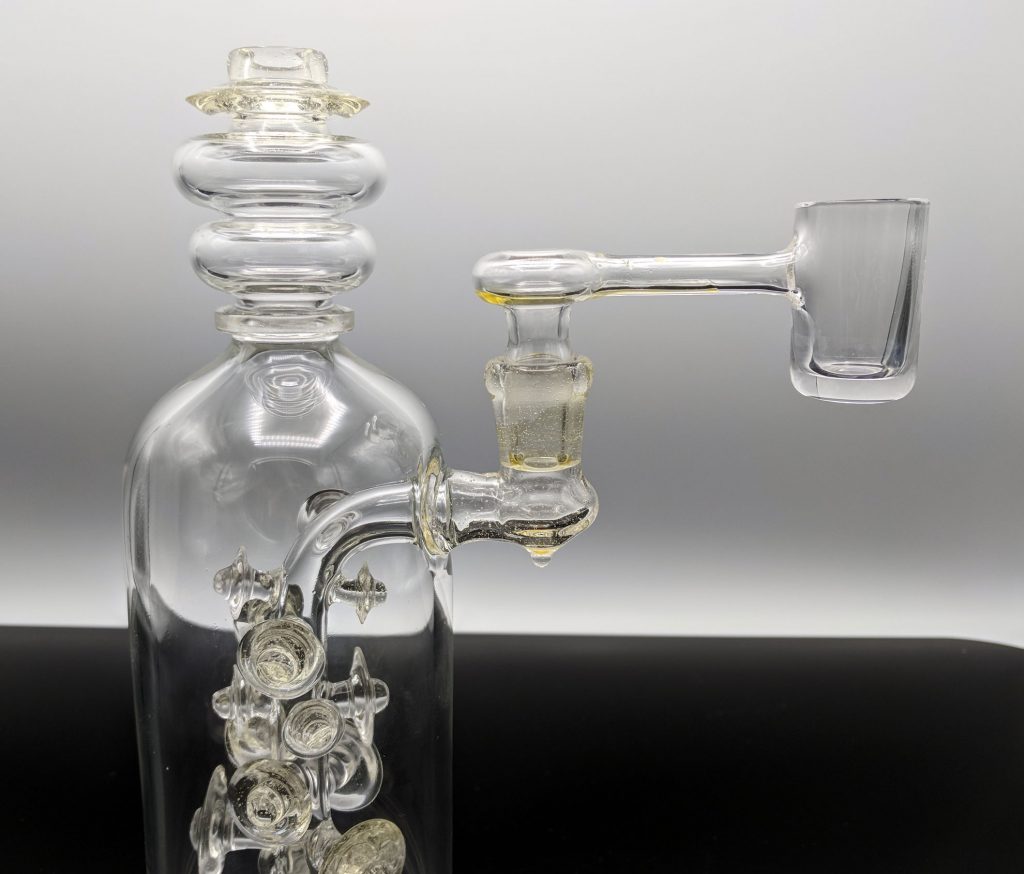 Personally, I think quartz can be treated as one of those disposable products, like q tips, or cell phones. We should try and not get caught up in the hype of expensive or overpriced quartz, because at some point, some asshole is going to come along and take a hot dab out of it and ruin the quartz banger chazz style. Or simply given enough time the constant high temperature heating of the quartz will cause it to fog, or devitrify if that is the term people are using. It’s inevitable. For me, I prefer not to worry about all that. I like to get myself a nice piece of American made quartz that works well and that I won’t feel bad about throwing out or giving away once it has exceeded its life. The Heatmizer is a great choice for a well made, great functioning daily quartz banger.