On a personal level, I’ve been in love with the Jred Glass Diamond Knot since the moment I first took a dab off one. It’s to this day, one of my go to daily driver pieces of quartz, and also currently the only American quartz we stock on SPOG. Sure, we have a couple of China thermals left in stock, but once those are gone, I don’t know if I will order anymore. I would much rather have everyone paying a little bit more, and getting a quality Jred Diamond Knot, than going through a bunch of China bangers with weak welds. Granted, the two I’ve been using are still fine, but I don’t use them every day because of their restrictive air flow. I’m also not an aggressive savage when it comes to handling my quartz (usually), so they tend to last me a lot longer than other people. 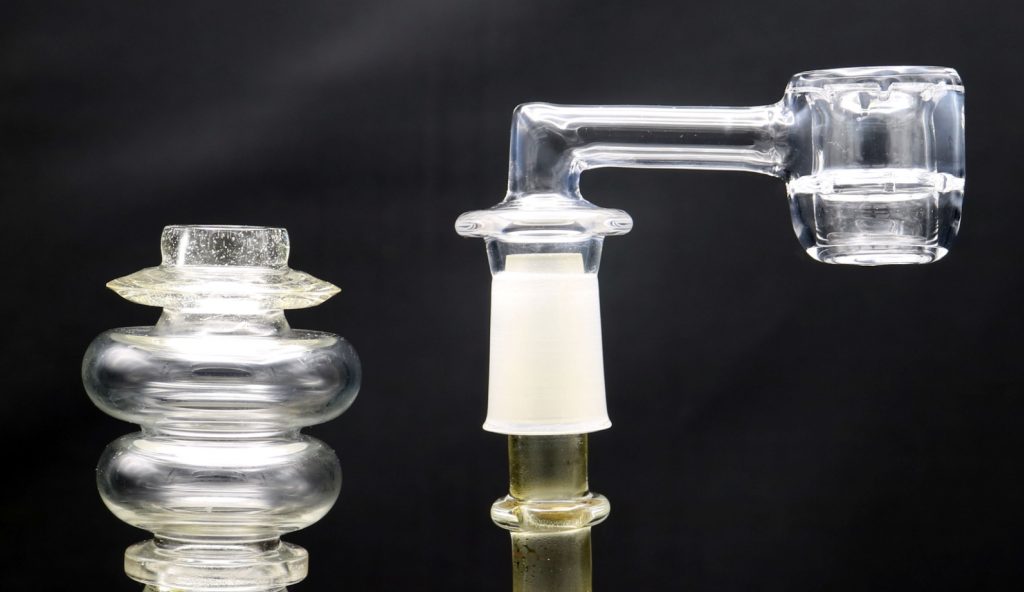 That being said, Jred was nice enough to send me one of his new Thermal Diamond Knot Buckets to review. The price tag is definitely up there at $200 for a new bucket or pan, but when you rip one of these, you might be inclined to pony up the dinero for one. If you do, you’ll also want to set aside an extra hundy so you can get the Directional Thermal Carb Cap that is made specifically for the Thermal Diamond Knot Bucket. Now we’re talking about $300 for a setup that will definitely bring you joy for years to come, as long as you take care of it.

Would I purchase one? If I didn’t have a baby to feed and some extra income to play with, absolutely. But, as life would have it, babies can’t live on eating quartz, so I’m lucky enough to get cool things like this kicked down my way. All that aside, is this new quartz bucket by Jred Glass totally awesome? Fuck yes it is. 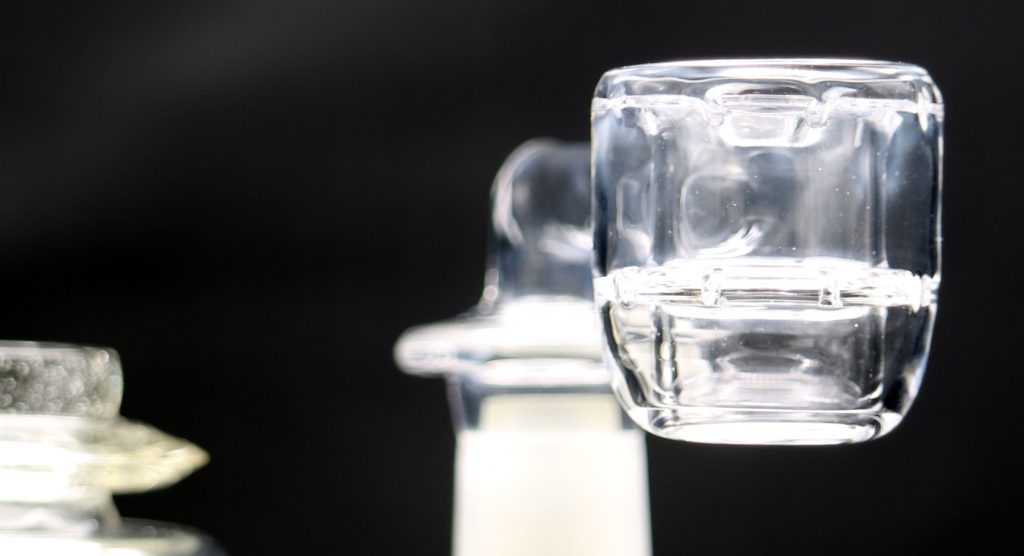 If I was a banger guy, I would use this for my daily over any of the thermal or jacketed style bangers I’ve messed around with. But since I’m more of a knotty fellow, you gotta come at me with something that not only competes in price and quality with the Diamond Knot, but works well also. Of course the Thermal Diamond Knot Bucket has all those things covered, except for price. But, as we know, nice things cost money and if we want to rip dabs off of the coolest new designs our American quartz makers are coming up with, it’s gonna cost us.

With that price tag, comes quality that’s unmatched in the majority of quartz bangers being produced today. The welds are super clean, and the cuts are completely precise. So what sets this banger bucket apart from the rest? It’s a Thermal Diamond Knot Bucket for fucks sake, need I say more?

The shape and engineering of it are totally awesome. Look at it closely, and you’ll see the true genius that went into these quartz buckets. It’s like a bucket inside of a bucket, but with slits cut vertically along the top and middle of the inner quartz. If that all sounds confusing, just watch the video and you’ll see exactly how well it works.

The carb cap is also pretty bad ass. There’s one horizontal slit towards the top of the cap, with a cool diamond knot looking portion in the middle that then makes way for the spout. I like the slit much more than the regular hole that most bubble caps come with. It’s a cool, functional way to differentiate your work. The Jred Directional Thermal Carb Cap does exactly that.

Overall, I’m sticking with my $120 Jred Diamond Knots, but whenever I want to rip some banger bucket dabs, I’m definitely reaching for my Jred Thermal Diamond Knot Bucket. It looks great, works perfectly, and you’re supporting American artists. All good things in my book. 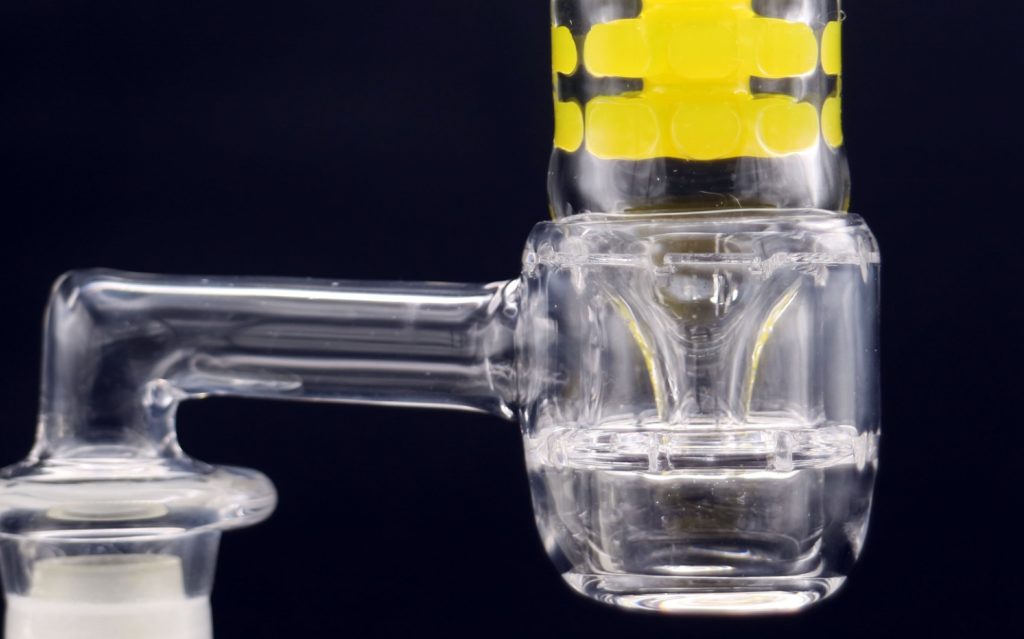