What’s the Deal with Carb Caps?

Being the SPOG curator, I get a lot of questions in my DM’s and email about heady glass art. But lately, I’ve also been getting a lot of questions about proper dab etiquette. Cool down times, cold start VS hot start, the q-tip tek, and many others. One recurring question I keep getting, is what the hell is a carb cap? What’s a carb cap for? How do you use a carb cap, and what carb cap pairs best with which quartz banger?

On today’s SPOG Blog, I’m going to explain the carb cap. There’s a lot of people starting to dab for the first time, and asking these types of newbie questions tends to get a negative reaction in some circles on the web. I’m here to help you have a better understanding of the carb cap function so you can be more confident the next time you attend a public sesh.

First of all, what is a carb cap?

I first started seeing carb caps on the scene when people transitioned away from using the dome and nail setup. These are the small nail shaped pieces of glass that most early dab rigs would come with. I remember these becoming a thing after the metal pans and knife hits, and before the domeless stuff was getting popular. 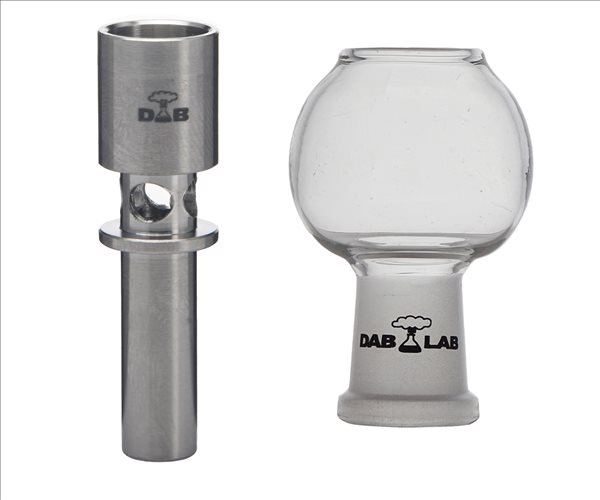 Basically, you would heat up the nail, then put the dome on top of it which would sit on top of the glass joint. Then you just drop your dab onto the nail head. The dome would make it so that the vapor would have a harder time escaping and you could inhale more of your dab.

They didn’t really work all that great, at least the ones I used to have didn’t. But it was a better alternative to the large metal (Ti hopefully) pan and swings we were using before that.

Fast forward a few years and all of the sudden all of this heady glass art was being more tailor made for quartz bangers and buckets. These quartz buckets worked a lot better in my opinion, as they offered a larger heating surface and target in which to drop your dab into. But they were still missing something. The carb cap!

What are the holes for in the carb cap?

The point of a carb cap is to create a convection like air current that both traps some heat and dab vapor. The holes in the carb cap are for airflow to push the dab around so it is constantly moving over the surface area of the quartz banger. The holes also give you the airflow you need to inhale the dab. 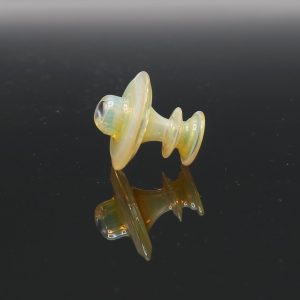 If you’ve ever used a carb cap that didn’t have a hole in it, it tends to completely seal the system, making it virtually impossible to take a hit.

The airflow control a carb cap gives you allows you to take a much more evenly cooked dab. Constantly moving the oil around prevents cold spots from occurring, which increases the efficiency of the quartz banger. The more efficient you are, the more dab bang for your dab buck you’ll get. This also means less reheats because you are vaporizing more of the terpenes and cannabinoids all in one go.

To cap or not to cap?

Sure you could take a dab with a quartz banger and no carb cap. But to get that milky vapor rolling in the rig that everyone loves so much, you almost always need a carb cap on that bucket. The carb cap also allows people to take lower temp dabs, and even cold start style dabs.

By covering up and manipulating the hole on top of the carb cap, you control how much airflow enters the banger as you are inhaling through the rig. This will also depend on the diameter and how clean the welds are on the quartz banger. A smaller diameter or sloppy weld where the bucket is attached to the neck will significantly decrease airflow. You tend to see this a lot with cheap china quartz bangers. 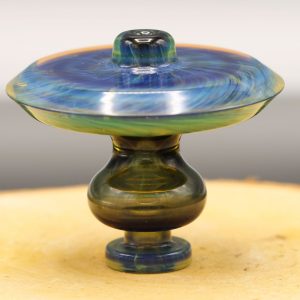 Airflow also depends on the style of perc your dab rig has. Some percs are more restrictive than others. Is it a two hole or three hole perc? Are they holes or slits? Is it a hole or a jet? All of these things shape the way the water moves and the airflow the rig has. Remember, it’s all about the airflow.

A marble is a carb cap, but a carb cap isn’t always a marble

You can use many things as a carb cap in a pinch. I’ve seen everything from marbles, to heady glass pendants and glass spinning tops, to the bottoms of dab jars and even human fingers used to cap a banger in need. But if you want to truly experience a great dab, you’ll want to get yourself a carb cap that fits the quartz banger you are using. 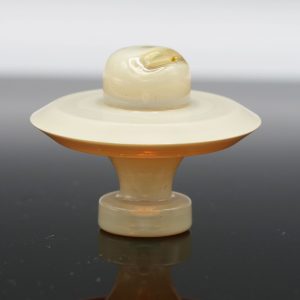 Here on SPOG, the only quartz bangers we sell are made by Jake Mizer. We have a full line of Economizers, Porters, and Heatmizers. Mr. Mizer makes some of the nicest quartz we’ve used, with the cleanest welds, the best function, and a great price. We also have a full selection of Mike Philpot Razorcaps to go with them.

The main thing to check out when buying a carb cap for a banger you already have, is the diameter of the bucket. Some bangers have tips that might be too wide for smaller diameter bangers. 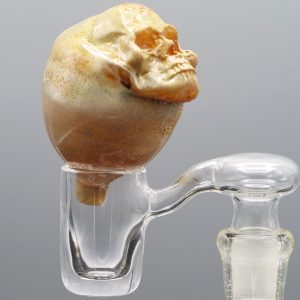 The Economizers for example, have a 20 mm bucket diameter, whereas the Porters and Heatmizers have a 25 mm bucket diameter. If you look at the SPOG carb cap page, you’ll see how some of the caps have a larger airflow section than others. Knowing the diameter of your quartz bucket is going to save you a lot of time and heartache when getting yourself a new carb cap.

There’s so many different kinds of carb caps these days. It seems like every glass artist has their own interpretation of a carb cap. If you want to get something that will be the most universal, a bubble cap is probably going to be your best bet. As long as the quartz banger you have has a round bucket, the bubble cap should fit. 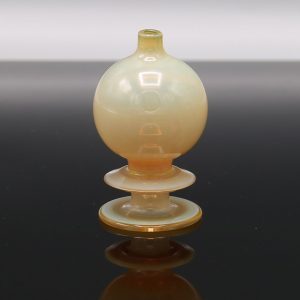 As always, if you ever have any glass, quartz, or dab related questions, you can always reach out to me via the message form on the Reach Out page, or via DM on Instagram. I’m always happy to help you level up.